I was out the door about 7:40 and I ate the snack cakes for breakfast as I walked. So much sugar. I stopped in a fruit shop to buy a banana, and the lady gave it to me for free! That was such a kind gesture. 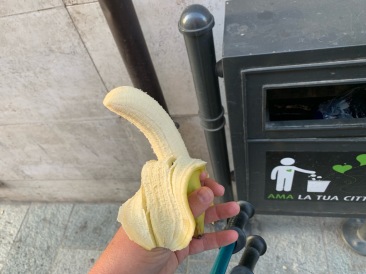 The walk out of Piacenza was kind of yucky. Super industrial and lots of asphalt. Actually, the whole day was asphalt, but I do think my feet are handling it better. 30k on roads at the beginning would have killed me.

It followed the main road out on a sidewalk for a while, then went north a bit through some neighborhoods and an industrial area. 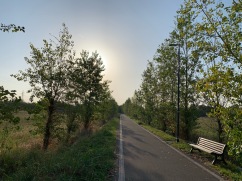 But then it went along the main road again for 2k. A lot of people were worried about this section and decided to take a bus the first 10k out to avoid it because it was dangerous.

I actually found it to be safer than a lot of road walking we’ve done already. There was actually a 2 foot shoulder, and you could walk in the grass beyond that if you wanted. Much more shoulder than we’ve had before. So I didn’t think it was bad.

Then it went south, but still on roads, just not quite as busy. 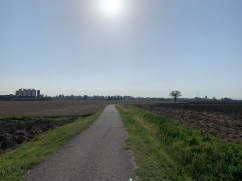 I was a little worked up in my head this morning. Some difficult things have happened the past few days, and I was replaying convos and getting mad, etc. Plus I’ve just been having a difficult  time lately. I haven’t really wanted to give up, but I’ve wondered if I would make it. So much of the Camino is mental. You really have to have the right attitude. When things are going badly physically, it’s harder to keep your mental state positive.

I was thinking about the South African mother and daughter duo from my first Camino. I met them shortly before the Cruz de Ferro, and they were miserable. They wanted to know when the Camino was going to get good. They had been bussing and skipping things. But it was never going to get good for them, because they didn’t have a good attitude.

So I was telling myself today, yeah, things have been hard, but you need to focus on the good parts and the things to be grateful for, because if you don’t have a better attitude then the next month will be miserable. So today I was trying to improve my attitude, and I do think it helped.

Today wasn’t great. It was 32k on roads and pretty hot. But it was actually a pretty nice day, because my mood was better. 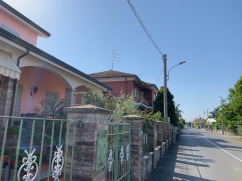 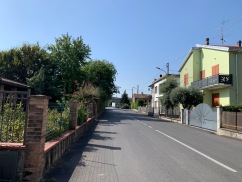 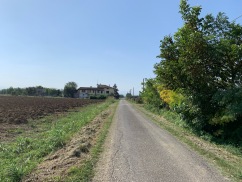 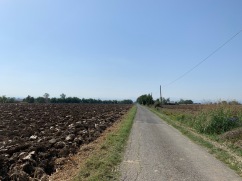 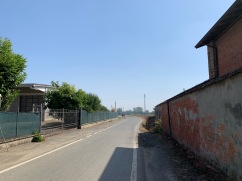 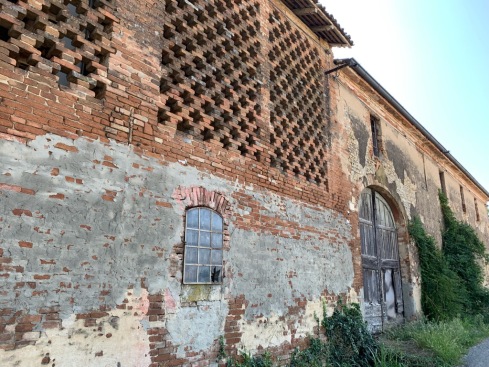 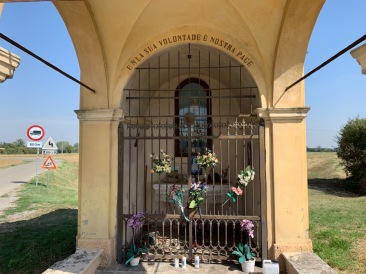 There was a bit where the via went along a busy road for less than 100m, and then went north. I decided to continue along the busy road so I could save some distance. It was already a long day, I didn’t want to make it longer if I really didn’t have to.

This time there was no shoulder, but I could walk on the grass when the cars came. It was along fields and some industrial stuff. Tomatoes have been harvested recently!

I reconnected to the Via right before going under a major motorway. It was still about a 20 min walk into town. 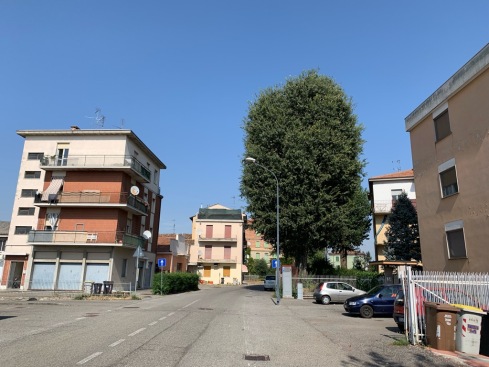 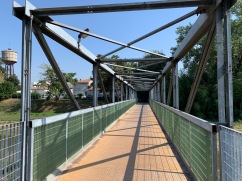 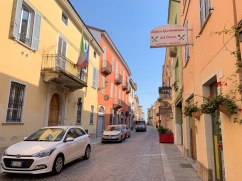 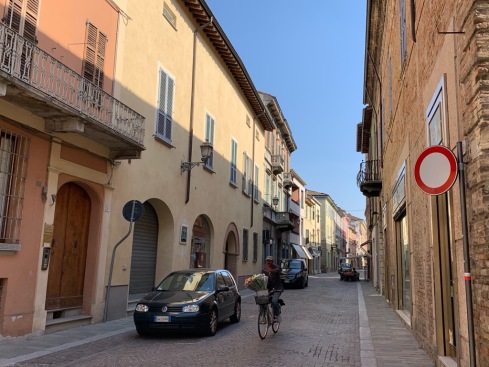 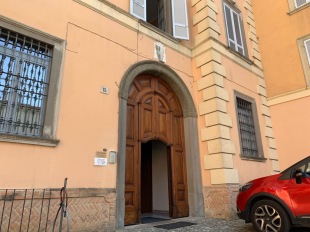 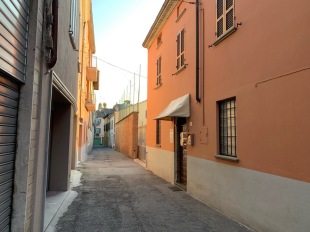 I got all checked in and met Marco from Switzerland.

I looked at the church. Maybe it’s a cathedral? 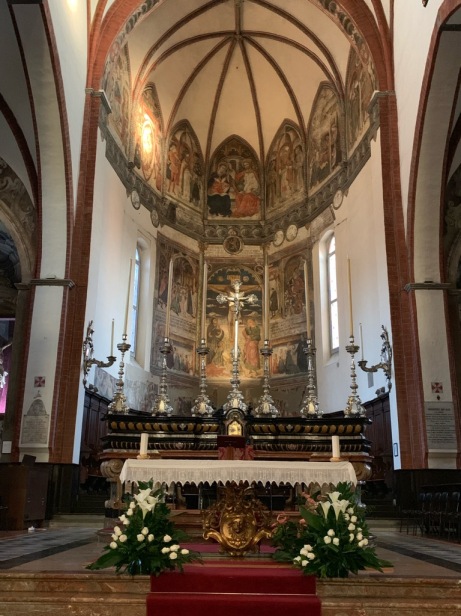 Terri went to look for something to eat around 6. There was a restaurant that advertised a pilgrim menu and it looked really good, but they didn’t open until 8. I was hoping to be in bed around then. I ended up going to another place that was advertised, which turned out to be like a deli type situation. The food was cold, meant to take away and reheat, but for an extra fee you could eat there and he would heat it for you.

He had just made a fresh batch of lasagnas, so despite my swearing I would never have it again, I decided to try it. It was better than the first one I had, but still not amazing. But what was amazing was the second dish I had. Hand made caprese raviolis. It’s the first, well, maybe second, fresh pasta I’ve had in Italy. I think I did have some fresh pasta somewhere, but it was noodles. Man it was so good. It reminded me of the fresh ravioli I made a few times and how much work it was. I’m gonna have to dig out my pasta maker and try it again with the imported flour. He also gave me some fried risotto balls for free. The whole thing was 15 E, which wasn’t bad. It was more than I thought it was going to be, but he charged more for eating there. It was still excellent! 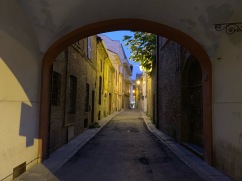 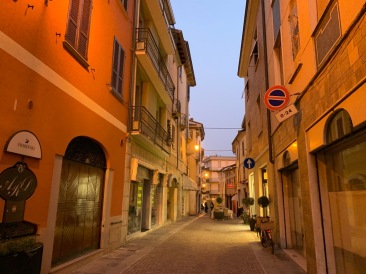 Terri’s other friends showed up. Emile and Petra, I think from Holland. They are pulling their bags on carts behind them.