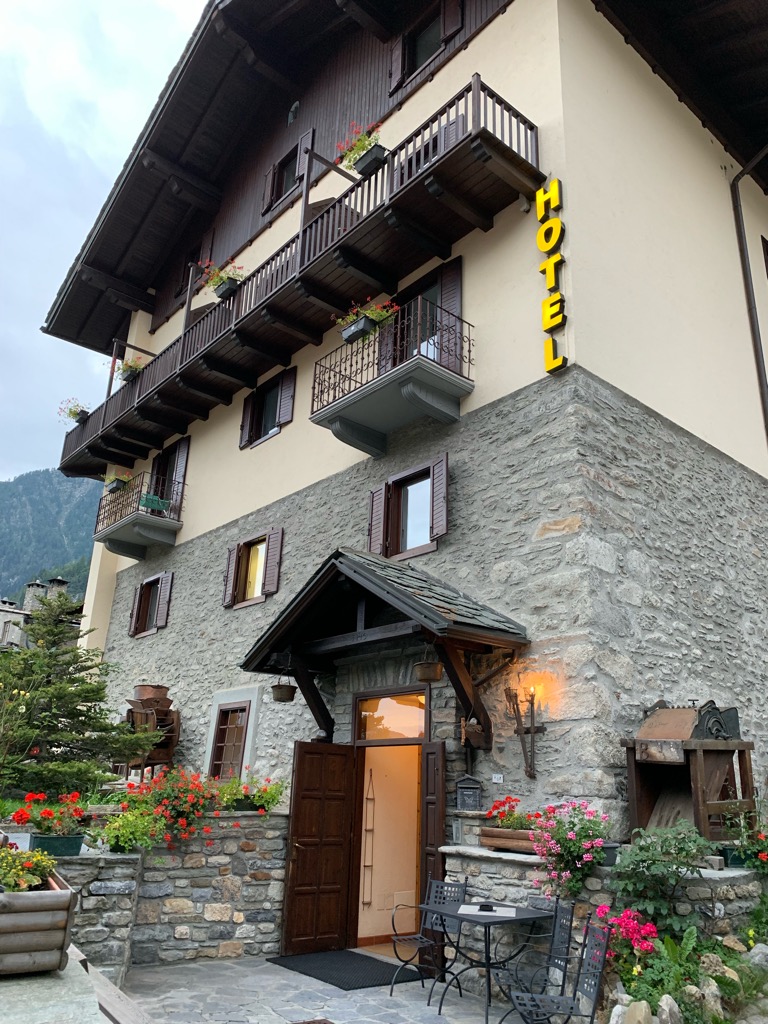 I woke up around 3:30 to go to the bathroom and was wondering why the guy in the next room was talking so much. Turns out it was a loudspeaker from across the river in Courmayer. Stuff to do with the UTMB. I thought it must be some kind of live play by play of the running action, so I got on my phone to see what was going on. It hasn’t even started yet. Still two days away. They’re just throwing parties and hyping everyone up at 3:30 in the morning. That makes perfect sense.

I didn’t sleep well after that. When I did finally wake up in the morning, I felt a bit worse. That wasn’t unexpected, I just hope I don’t feel even worse tomorrow. It’s a bit in my head now, but not really. Just a tiny bit stuffy. Still clear mucus. But, oh, quite a bit of pain this morning. I just don’t feel good. I really hope tomorrow is ok.

I went to have the breakfast buffet, and holy cow, what a spread. I decided to eat a lot, and it worked, because it’s not 4:30 and I am still full. 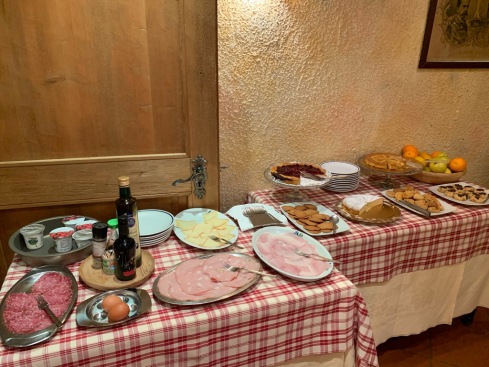 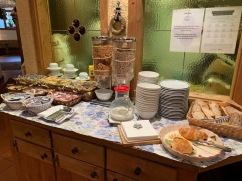 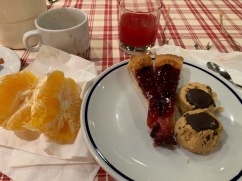 Pretty much everything was sweet, so that was unfortunate, but I still ate it. I had two pieces of bread, butter, and preserves. A sweet croissant with Nutella. Hot chocolate. 3 different kinds of cake. Some cookies. Meats and cheeses and a hard boiled egg. An orange. And I don’t even know how many glasses of the most amazing red fruit drink I’ve ever had in my life. Cranberry and cherry and I don’t know what else.

I like this hotel. They upgraded my room to a queen, but I think it’s actually a king, because it’s really two twins put together. So not as nice as it could be, but it’s still very nice. And there’s a top sheet!!

I went straight back to bed after breakfast. I took a small nap around 10. I opened the door to my balcony. It was a bit cold and rainy, so I snuggled in the blankets. They had a few more loudspeaker moments, but it didn’t continue on all day. Apparently they only do it all night. There were several times they had a drum corps thing going. 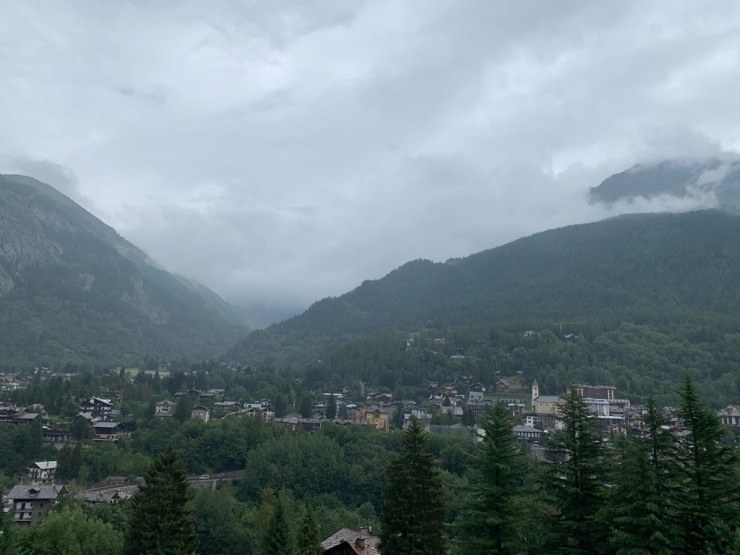 I was thinking about taking the lift up the mountain to 3500 m, but the weather wasn’t good, so there would be nothing to see. It’s cleared up a bit now, but it closes early.

I got a call from the front desk at 11. It took me a few rings to figure out it wasn’t my phone making that strange noise, it was the room phone. They just wanted to make sure I was staying and not checking out. Yes! I’m staying!

Housekeeping knocked later and changed my towels and gave me some new toilet paper quick as a wink. I really need to get into Italian mode, and learn how to say some things.

I have been coughing more. Ugh. Since I am a bit stuffy now, I’m going to stop at the pharmacy on the way out of town and see if I can get some actifed.

I spent most of the day catching up on my blog. It took a while as I was about 5 days behind! Uploading the pictures is what takes forever. I could choose less pictures to post, but it’s so hard some days!

I still haven’t heard from Refuge Frassati yet. I’m not sure what I should do. Usually the refuges get back to you pretty quickly. But this place is all run by volunteers, so.. idk. Ohh, I do remember seeing they said they were open only by reservation in September, and we’re close to September, so maybe they don’t have a lot of business right now.

Two more days to get through the Alps and then things should be a little easier. I’m worried about the general malaise of being sick. I hope I’m not too fatigued. Things will work out.

I was trying to find a different place to go to dinner, but I kind of ran out of time and decided I didn’t want to walk that far. I went back to the same place. I was debating about what kind of pasta to get, but finally settled on the tagliatelle with butter, sage, and trout. It was good, and not very much, but that’s ok. I had my lemon tart back at the hotel to finish as well. 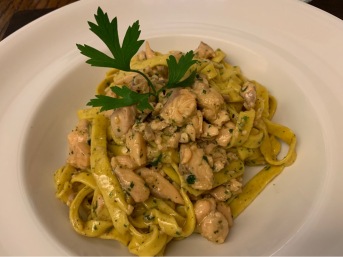 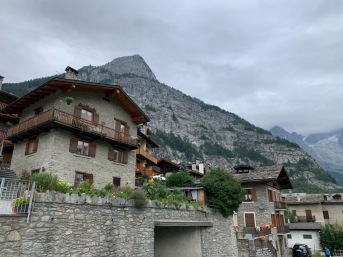 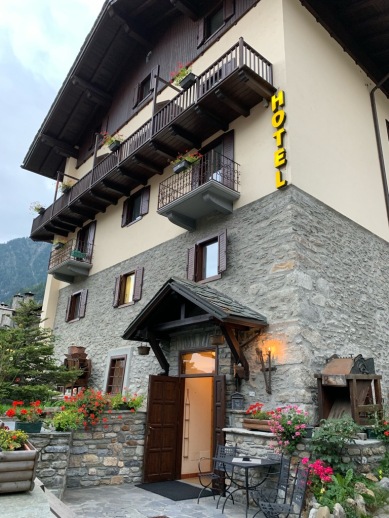 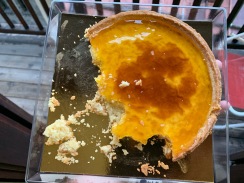 While I was at the restaurant, I got a confirmation on my Frassati reservation. It’s nice to know that day will be broken up.

This has been a very nice rest day. I felt pretty good walking to the restaurant, so I hope tomorrow is also good. I am worried about the extra coughing, but also the general fatigue that can come with being sick. It’s all going to be ok!