We had an hour drive to Chateau de Valencay this morning. It opened at 10:30, and we got there about 11. It’s our last “red” stop in the Loire Valley. There was surprisingly little people there for a red, but maybe that’s because it’s a bit further out of the way.

I really, really liked this one. It’s not perfect. I don’t like the looks of the outside as much as some others, but I really liked the gardens, and the layout on the inside was definitely one of my favorites. There was a long hallway with huge windows to the outside, and doors leading into every room on the other. There was so much light in this house! The ceilings seemed to be extra tall, too. I would love to have my own chateau. Maybe someday! 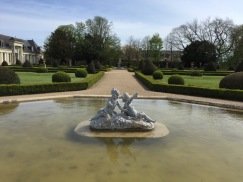 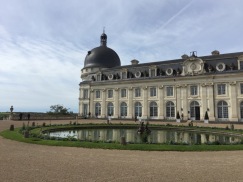 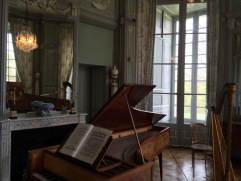 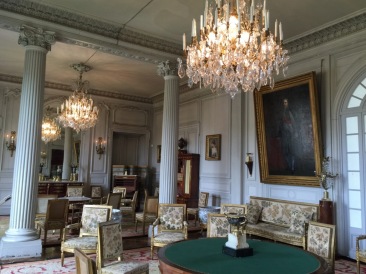 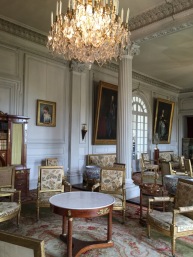 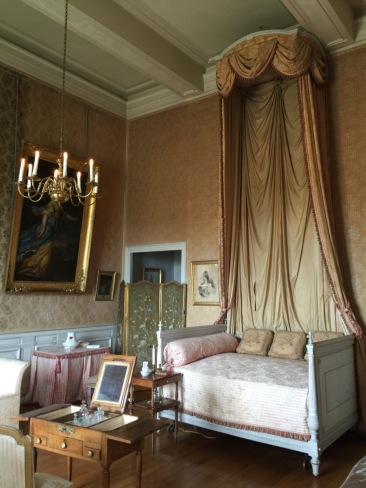 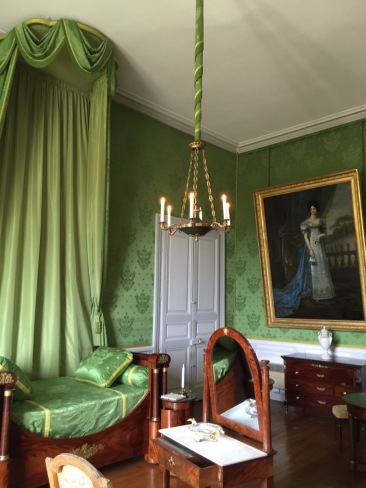 We had lunch at the little restaurant on the grounds. Heidi got goat cheese again, and she said it’s the best she’s had so far. I got the fish, and it was ok. It wasn’t the best fish I’ve had. I got a Mille feuille with fruit for dessert, and Heidi got a cheese plate. She discovered she doesn’t like roquefort. 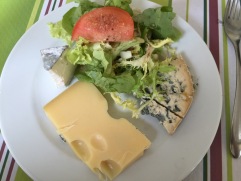 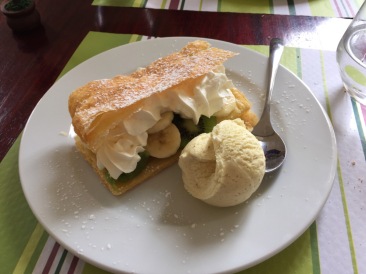 We had decided to head down south to Hautefort, to go see the Ever After castle! It was about a 3 hour drive. It rained, which is ok, because we were driving.

Our hotel is Auberge de la Truffe, and it’s totally nice. When we checked in, he asked if we would like to have dinner at the hotel, so we said yes. It’s much easier that way!

They do have laundry service at the hotel, but it wouldn’t work with the timing, so he told us where to go. We only had to drive 15k to the next town.

It was a bit tragic, at the laundromat. It was 5.60E per load, and the directions were terribly clear, so Heidi put her soap in the wrong thing, so she had to wash her clothes again, so we spent a lot longer there than we’d hoped. But at least we have clean clothes!

We went back to the hotel and had dinner. Dinner was interesting!

I’m really not sure what the amuse bouche was, but it was good. It was also a littler saltier than it needed to be. Unfortunately, all of the meal was that way. We both got the same entree, which was some kind of ricotta thing and it said it had country ham with it. What we got didn’t seem to have anything to do with either, and it was too salty. I got the fish again, and it wasn’t that good. It was definitely overcooked. Heidi didn’t like her steak. We both got the same dessert, which was supposed to be a cold souffle with hot fudge. It was frozen. It was good, it was just unexpected. Most things with French food are unexpected. Even when you can understand what something says on the menu, it doesn’t always translate on the plate. 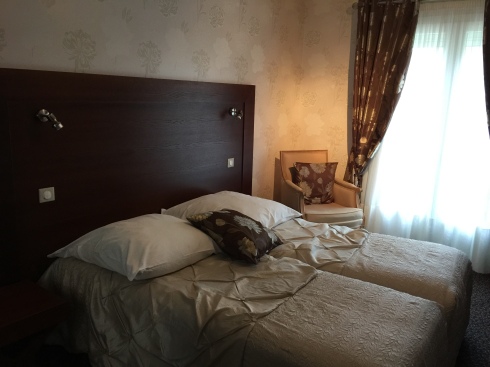 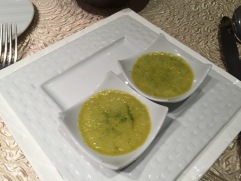