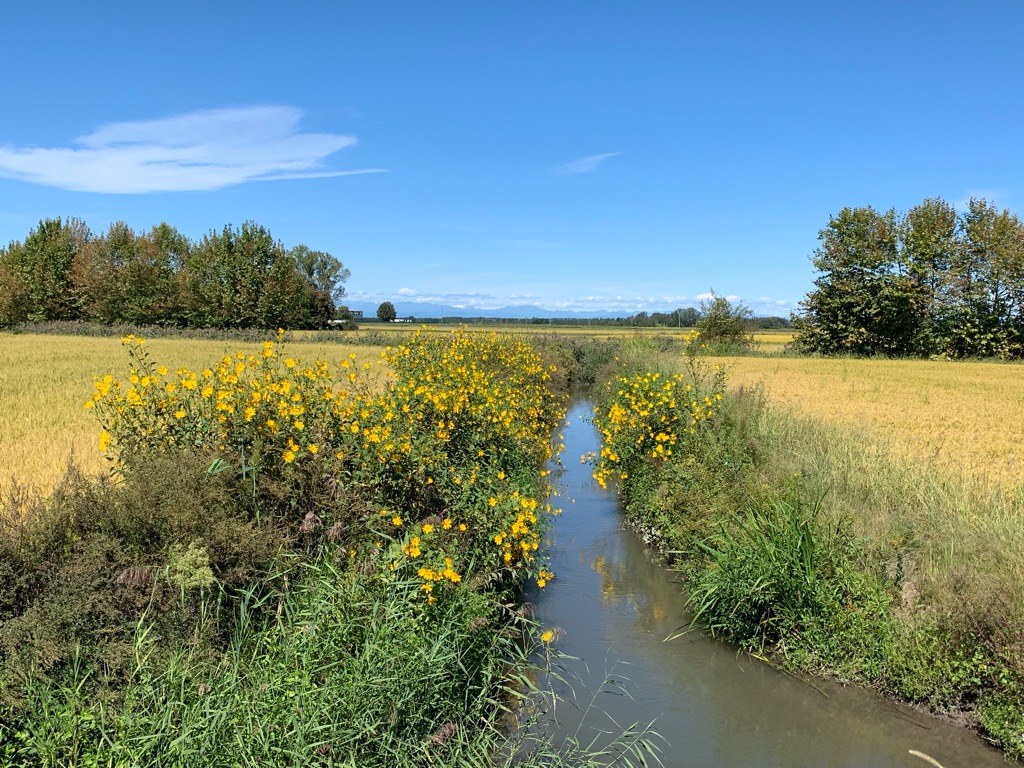 I had a really hard time getting up this morning. Really hard.

I went downstairs to the pastry shop next door for breakfast, and she knew who I was. I had peach juice and two chocolate filled croissants.

I was out the door by 8:15, which wasn’t bad, but I could have left earlier. Well, if I had been feeling better it would have been easier to leave earlier.

The walk out of Vercelli took a while on roads, sometimes with no shoulder. I crossed the river, then it turned off onto some gravel roads. 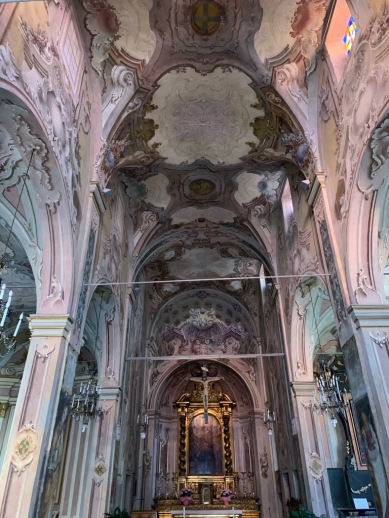 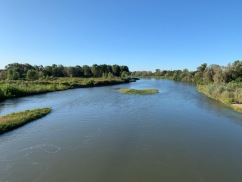 I had a hard time deciding if I’d left early or late. I didn’t see anyone ahead of me. It’s not that I left early, but I think most people who are just going to Robbio don’t need to leave early, and people who are going to Mortara probably left a lot earlier, and I’m not going to catch them.

Today had some of the longest, straightest roads I’ve had so far. 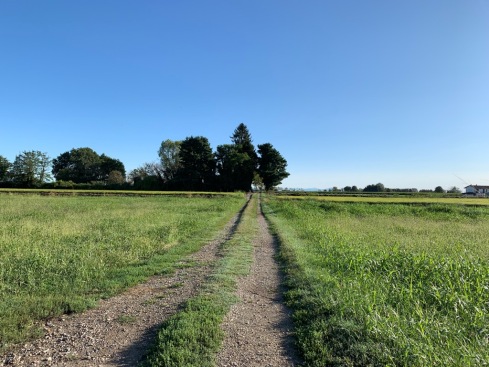 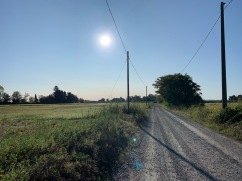 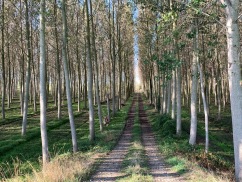 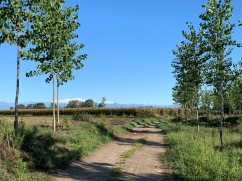 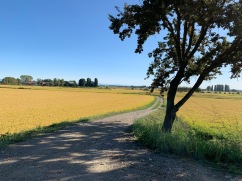 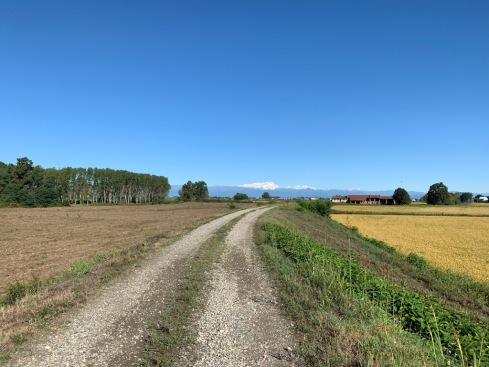 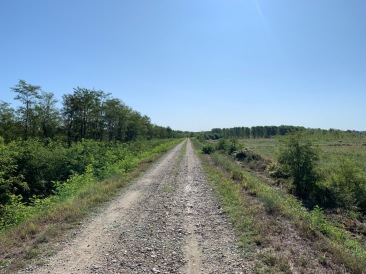 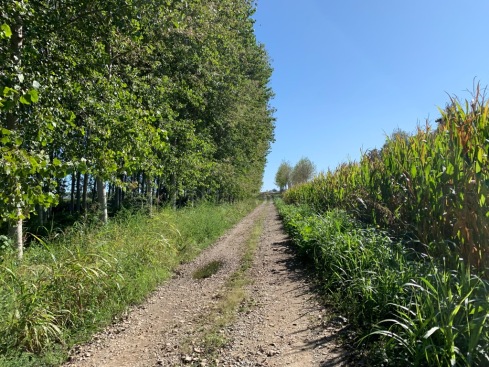 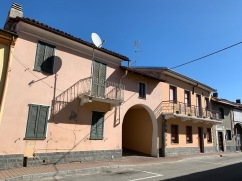 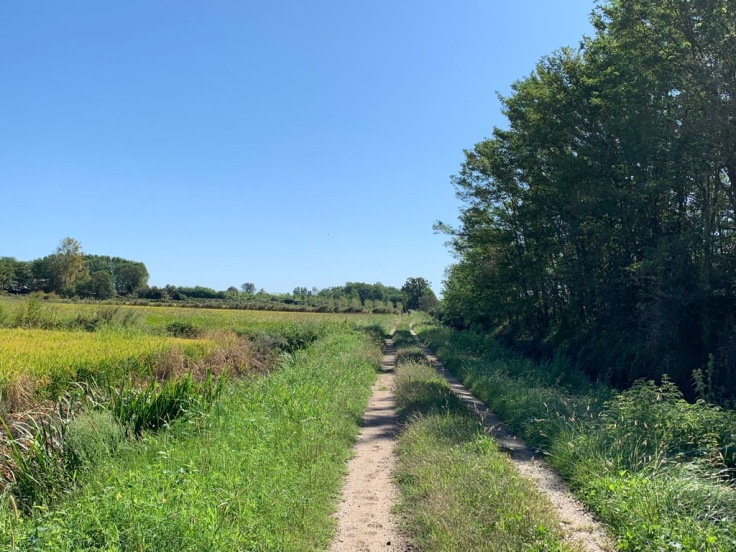 A lot of it does look the same, but it’s far from boring, or awful. I really think the people perpetuating the idea of this part being horrible are doing a disservice. It’s the same for the Meseta in Spain. Whether something is truly awful is really more in individual attitude than anything else. I’m sure time of year does make a difference, though. Super hot and swarming with mosquitoes would be difficult.

I wasn’t walking slow, but I was definitely slower than yesterday. I didn’t push myself too much.

I had a few extra cries today.

It was just kind of difficult.

For a while I was walking on a raised road above the fields. I saw two Italian fighter jets fly over, but I have no idea what they were.

As I passed a town I sat down for a few minutes, and three pilgrims passed me. Two French ladies and a guy. I caught up with the guy, and found out he’s an Italian named Fabricio from Etroubles. He also knew French, so that’s how we communicated. He was familiar with Col Malatra. He also knew my name already, because he had been talking to David. After a while he said he was going to slow down, and I said I was going to speed up. Today was not going how I planned. I had gone 16k in 4 hours, and had another 16k and supposedly 4 hours to go, which would put me there at 4 pm. 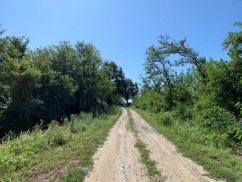 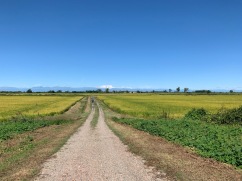 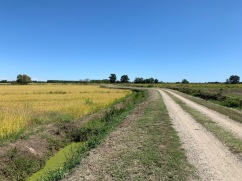 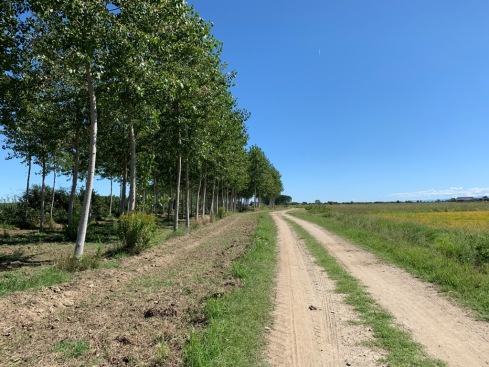 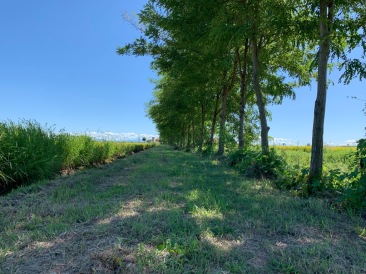 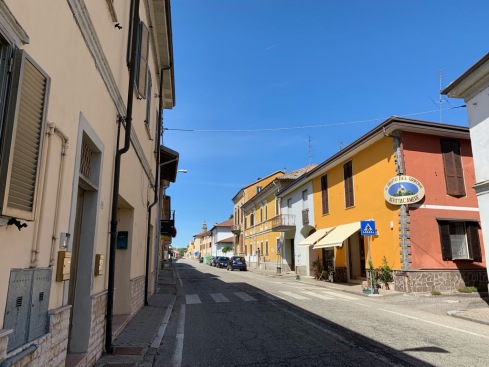 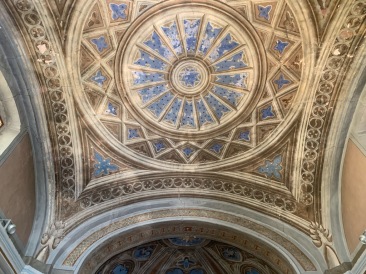 I did speed up a bit, but 32k, even on flat, is still 32k. It really is a lot. And of course it ended up actually being 36k. If I had known that, I’m not sure I would have done it. But I should know by now, the distances are never quite accurate, and it never works out in my favor. 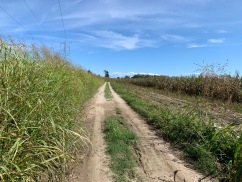 There was one bit I passed where the water was spilling into the walkway, and it was impossible not to get a little wet.

Somewhere around here, with 6-8k to go, I started realizing there was a tightness in my left ankle. This has happened before and it’s turned out ok. I’m not sure what causes it. I get the idea that it’s because I don’t flex my ankle enough, but maybe I’m wrong. So I started trying to flop my ankle a bit more on purpose. I’ve done it before and it seems to help, but this time I think it made things worse. With about 4K to go, I started getting a really sharp, shooting pain every few steps, and I would start limping badly. It really, really hurt. I think it’s the tendons, but idk. Maybe starting to get tendinitis? 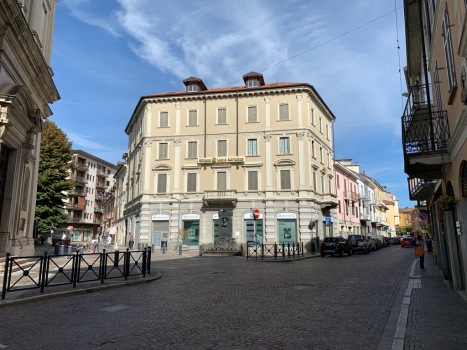 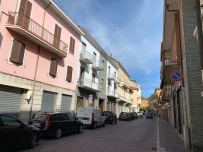 I slowed down a lot. I limped up to the abbey at 4:30. I was the last one there to a full house and there was a line for the shower. I didn’t get to shower until 6, so that meant washing anything was out. 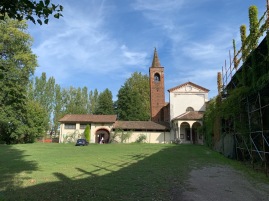 It was not what I expected. Being in Abbeys in France meant actually being with monks and nuns. This was an old, inactive abbey, with a large room just for housing pilgrims. It was a large room with tables in the middle and cots set up around the outside. My cot wasn’t great, I don’t know about the others.

I was pretty unhappy at first, but I felt a lot better after a shower and some food. The food was actually excellent.

Pasta with pesto and potatoes, then a mixed salad with tomatoes and fried pork cutlets, and some kind of mayonnaise salad, then fruit for dessert. And the bread they had available was good. Actually soft bread, not dry and crumbly. 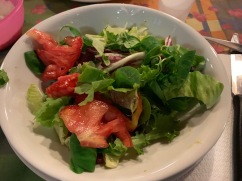 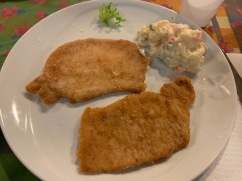 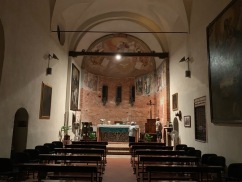 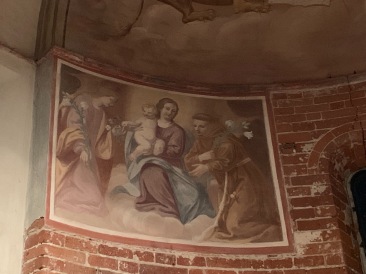 Beryl and Alain were here. I had met them briefly before but hadn’t stayed with them. I met Andrea. She’s from Canada, but working in Germany. This is her 10th Camino. She started in Canterbury, but then somewhere in Switzerland she broke her foot. She didn’t do anything, it just broke, like a stress fracture. She went home for a month and now she’s back, walking on a broken foot. She has a tight timeline to get to Rome.

I rubbed a ton of voltaren on my ankle.