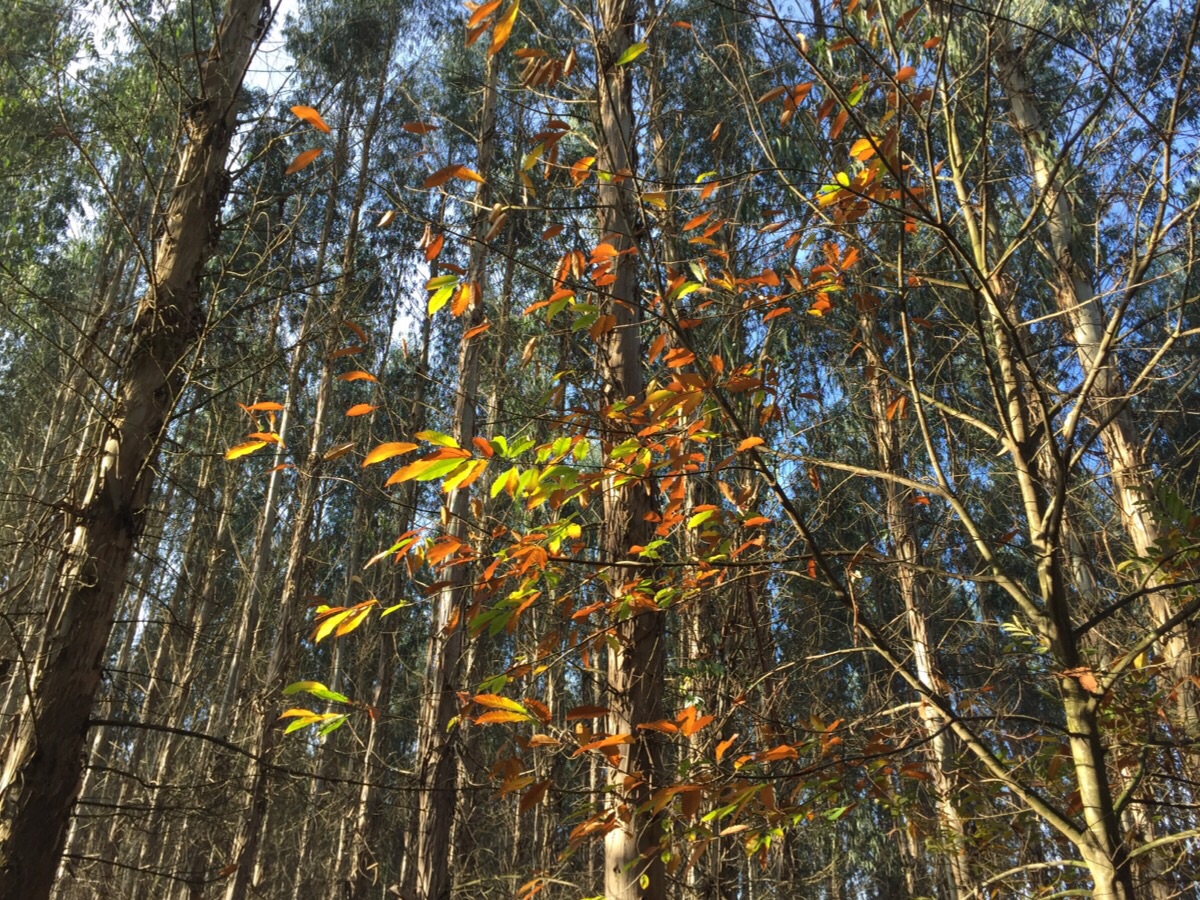 I slept well enough that my alarm actually woke me up. I got ready and went down for breakfast, which was just toast and juice, and was out the door by 8:10.

The morning was chilly and a little foggy, just like most mornings in Galicia. It actually got more foggy as the morning progressed, which I thought was interesting.

I bought a carton of raspberries from a self help stand, but they were in pretty poor condition. I don’t like eating moldy raspberries, so I tossed about half of them, or ate the non-moldy half of one and tossed the moldy half.

It seemed like it took forever to reach Arzua, which was the halfway point. I stopped in a cafe before noon and was able to get a hamburger. The name of the hamburger was the Peregrina. It was absolutely delicious. I wish I had gotten two of them. I haven’t had a real hamburger in so long. It was really, really, really good. Lettuce, tomato, cheese, onion, and bacon. I wish I had two or three more right now.

After lunch I was feeling a bit refreshed, but still tired at the same time. There was quite a lot of up and down today, and even though there is one day left, 30+ k in a day is still 30+ k. 30k doesn’t become less just because you’re close to the end.

It was also a little difficult because there were markers every 500 meters reminding you of how far you had left to go. It’s nice to know I’m 40k from Santiago, but that means I still have 20k to go today.

I kept putting one foot in front of the other and eventually momentum kicked in.

Being this close to Santiago, there is quite a lot of camino graffiti.

Tomorrow is the day. I have 20k to go, give or take. The mile marker says 19k, but my online thing says 21k. I have mixed feelings, but I am definitely ready. I’m tired, and my feet hurt.

I still have another 120k to walk after Santiago, so I hope the rest days are enough. I think I would regret not doing it, though.

I had been planning on staying in O Pedrouzo, but then I realized that the city isn’t actually on the camino, you have to detour a bit. So I decided to stay just before it in A Rua. I’m so glad I did. The hotel here is super nice, and it has a bathtub, so I totally took a bath and shaved my legs. I would be happy if my room in Santiago is as nice as this one.

At dinner it was me and and another table of 8, full of people who had met along the camino. They talked to me some as well, so it was almost like I was having dinner with them.

I was starving, and everything on the menu looked so good. I decided not to get the “menu”, but a la carte instead. I ordered two starters and one main, and the guy shook his head and said, “is too much,” but I insisted. Definitely one of my more expensive meals in Spain, but worth it. It was delicious.

I got mushroom and shrimp risoto, then cod, leek, and potato soup, then some kind of pork kebabs. It was, after all, my last 30k day. Well, until next week.

I only have 20k to go, and my hotel doesn’t start check in until 3 pm. I’m going to sleep in, or at least, try to. I hope tomorrow is good.