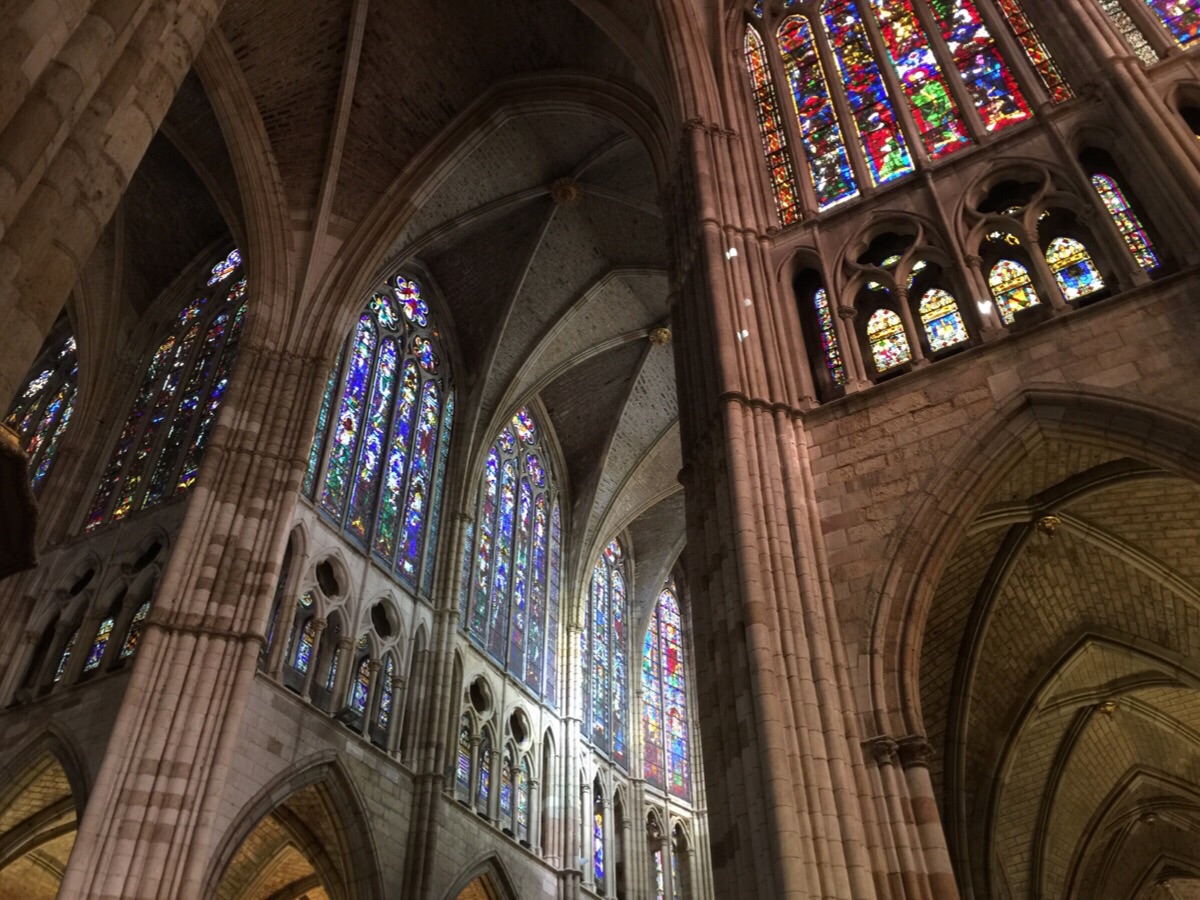 The official countdown has begun; November has arrived. 24 days until I fly home.

So one of the main reasons that I decided to keep walking last night was because it would put me within only a few hours of Leon and I wouldn’t have to walk much today. I hadn’t planned on going to church, because I would be arriving on Sunday, but I checked the map and discovered that the church building was located right next to the camino and on the way into town, and services didn’t start until 10:30. I figured I should be able to get there in time for Sacrament meeting.

I was packed and out the door by 7:45. I found the breakfast cafe, and it was very, very popular. I decided to get a big breakfast, so I ordered tortilla, colacao, and two pan con chocolate. When I said two, the guy couldn’t help but twitch a smile, and then asked again to make sure I wanted two. Yes I want two! I’m a hungry pilgrim!

The walk into Leon is really not that bad. Burgos was by far the worst. I think maybe the walk out of Leon is the bad part, but I won’t find out tomorrow, because I’m staying in the Parador!

It was a beautiful morning and a little hilly. I caught up with Aldo as we topped a hill and saw Leon for the first time. He’s continuing past Leon, so if I see him again it probably won’t be until after Santiago. He’s planning on going to Muxia first, then Finisterre, and I might do the opposite.

It was still a nice walk into Leon. I got into the old city, which is surrounded by a wall.

I used the app to find the church building, but it wasn’t exactly where the arrow was, so I just looked around until I saw some people that looked like they were going to church. I saw a car drive up and park, and as I approached, the lady came toward me and said, “are you looking for the church?” Yes! It was around the corner on a different street.

There were some sister missionaries at this branch, so I sat with them. They offered to translate, but since it was fast and testimony meeting I said it wasn’t necessary. It was very nice. I only stayed for the first meeting.

I got back on the camino and headed toward the Cathedral. It’s pretty cool. You don’t realize you’re almost there, and then suddenly there it is. In Burgos you could see it from far away. There was a large crowd gathered in the plaza, and there were some people doing a bird show. I got some cool video.

I went to the Cathedral and paid the 5 E entrance fee. Holy stained glass windows! This one is only windows. You wonder how it stays up. I actually have a crick in my neck now from looking up so much.

Then I continued on, looking for the Parador and kind of looking for food. I was hungry, but I didn’t know if I wanted to eat yet. When I saw the Parador, I realized I was starving, so I wandered down a few streets to the grocery store, but it was closed. I think all the groceries were closed. So I found a restaurant and got the menu del dia.

Once again I chose poorly. I got the potatoes with octopus, but it turned out to be a soup that was mostly potato with 5 little pieces of octopus. Everyone else around me had the paella, which is what I should have gotten. The second course I had lamb, which was probably a good choice, and then desert was a lemon crema, kind of like the dessert from two nights ago. It reminded me of a soupy lemon cheesecake, so yes, it was delicious.

I went and checked into the Parador. There were lots of other pilgrims. At least, it seemed like it. I’m in room 418. It has two double beds, and the bed, I believe, is quite acceptable. The room is also large enough that I can walk around in it, and it has a little sitting area, and I have a balcony, but it’s not the good side of the building.

I have a bathtub, so I decided to take a nice, hot bath. I haven’t had a bath in I don’t know how long. It was so nice.

It was about 4 pm after I got all cleaned up, and I decided to go explore the hotel. I guess it used to be a monastery, so there is a cloister. There is also a church attached, and you could see into it from the sides of the cloister, but I don’t know if the church itself has visiting hours. I found a reading room that has an eclectic collection of books. You can read old Flash Gordon comics.

As I was wandering around the hotel, I realized I was starving. I had just eaten the menu about 2 pm and now I was starving again. I spent entirely too long trying to figure out what to do. The restaurants around don’t open until at least 8, and room service was pretty expensive, and the restaurant here also doesn’t open until 8:30 and the menu is 36 E.

I was looking at the room service menu and figured that they had to have similar food downstairs somewhere, but for cheaper. As I went down, I ran into the German couple from the night I stayed with Claire. Stephen and Tekna. They said they had gotten a club sandwich and it was only 11 E. That sounded perfect to me. I ordered at the bar and also got some cute pretzel/peanut/cracker mix and olives. The sandwich came and it was huge.

Tomorrow I will sleep in, then go eat a massive amount of breakfast, then take a nap, then go to the grocery store and buy cookies and candy (it is Halloween after all) and thoroughly enjoy my second day. I will probably try some more bar food, or I might actually go for the menu. I’m hoping I’ll run into Estelle and Sandra at some point, but it’s a big hotel, and I’m mostly going to be in my room.