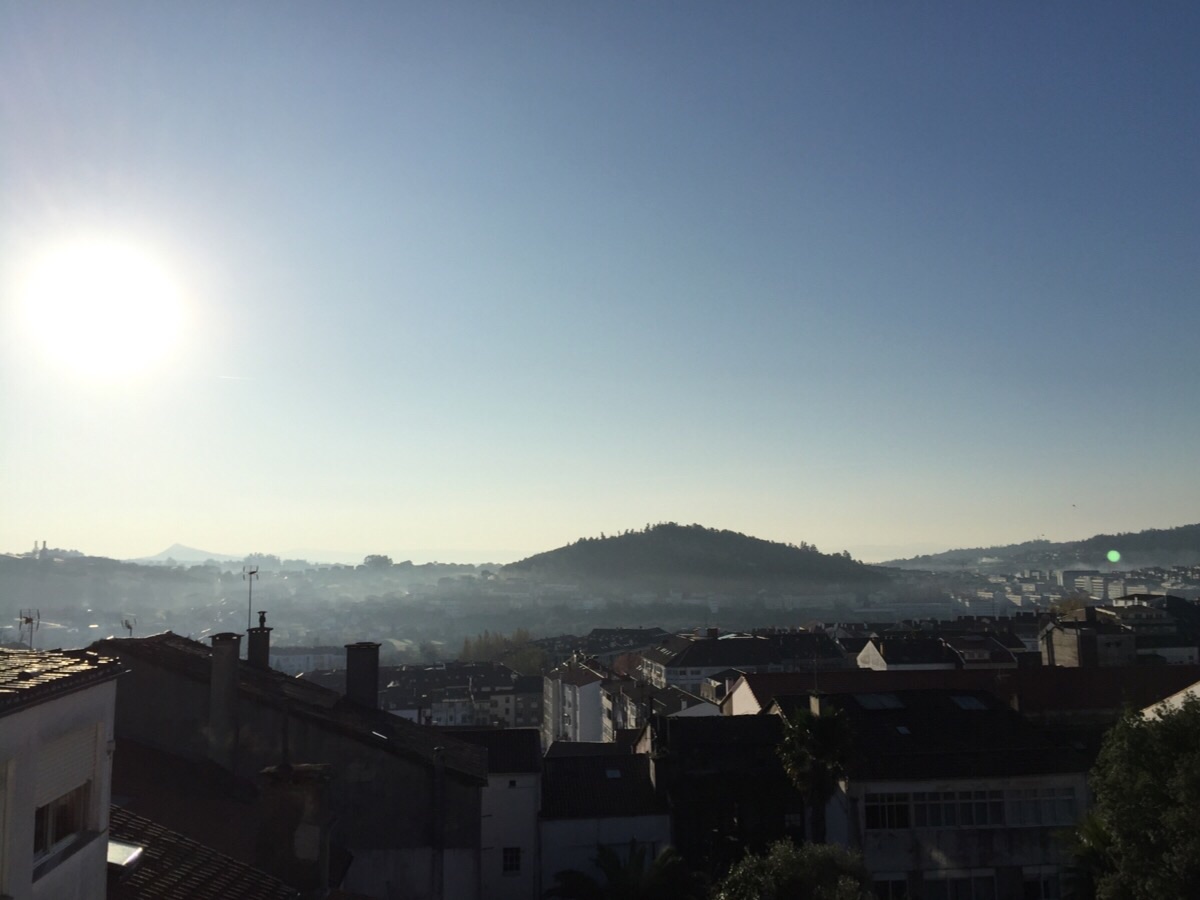 I kept going back to sleep this morning when I would wake up, so by the time I decided to check the time, it was 9:20. I got up and went to breakfast, then headed off to find church. It was a 20 minute walk.

I had turned onto a street, and after a while I realized I was walking the camino in reverse. I had passed this way coming into he city. It was a bit odd.

The Church building was easy to find, and I got there right on time. One of the sisters translated for me, and it was really nice. I was yawning a lot, though, so I went back to my hotel to rest/sleep.

I debated whether I should follow the camino back into town like I had on the first day and see what I could see, but as I approached that intersection, there was some kind of organized protest march coming out of the city down the camino. I filmed a bit, took some pictures, and decided just to go straight to my hotel.

I bought a chocolate covered donut on the way.

I was back in my hotel at noon and ended up falling asleep sometime after eating the rest of my cookies. I did not eat the healthiest today.

I woke up about 8 pm and decided to start going through my stuff, deciding what to leave at the hotel and what to take with me to Finisterre. I spent some time looking through my MMDD to try to see if I would need my sleeping bag or not. I haven’t used it in a very long time because I haven’t been staying in albergues. I think I will still be able to get by without it. I have hotels booked in Muxia and Finisterre, and it looks like there are pensions open in the two towns I will be staying in between. It would be awful to actually need my sleeping bag and not have it, but I’m still not feeling that excited about this walk, so having my pack as light as possible will help. If worse comes to worse, if I can’t find a place to stay, I can always get a taxi back to Santiago to a hotel. I think it will be ok, though.

Breakfast doesn’t start till 8:30, so I get to sleep in a little. It’s a bit of a late start, but the first day is just 22k ish. The last two days are very long.

I really, really think I would regret not walking to the coast, and I know my not wanting to is all mental. I’m hoping that once I get my pack on and start walking, I will feel better. I’m having a hard time, though, because the last few days coming into Santiago really were the hardest. I think leaving stuff at the hotel will help.

So, except for going to church, I spent the whole day in my room. I think I needed it, to prepare for the next week.